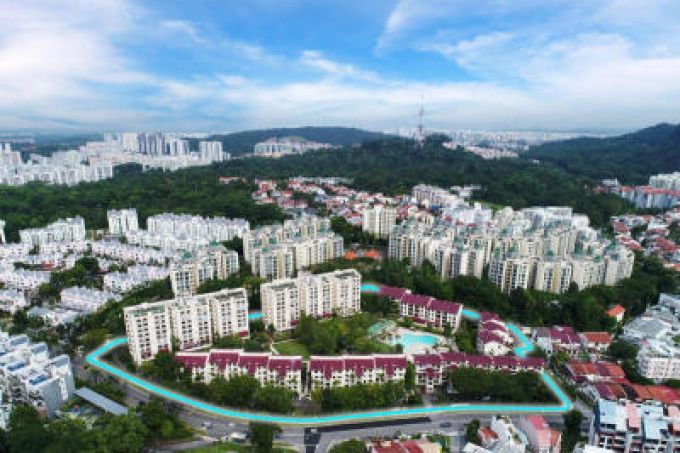 GOODLUCK Garden, a 210-unit residential development along Toh Tuck Road, has been sold collectively to the Qingjian Group of Companies for S$610 million.

GOODLUCK Garden, a 210-unit residential development along Toh Tuck Road, has been sold collectively to the Qingjian Group of Companies for S$610 million.

Due to a high development baseline, a development charge will not be payable for the 10-per-cent bonus balcony and this will lower the land price to S$1,100 psf ppr.

Each owner will stand to receive a gross sale price of about S$924,000 to S$3.51 million upon the successful sale, subject to the receipt of an order of sale by the Strata Titles Board or High Court.

Goodluck Garden is a condominium comprising eight blocks with a total of 208 residential units and two commercial shops.

Ian Loh, executive director and head of investment and capital markets at Knight Frank Singapore, which marketed the project, said the tender drew "strong competitive bids" partly due to the fact that the site was not subjected to the rising development charge rates. He declined to divulge how many bids were submitted.

This was the development's first en-bloc attempt, and the process took only six months from the first signing to the conclusion of the sale, testament to the en-bloc momentum now in full swing in the property market.